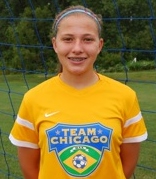 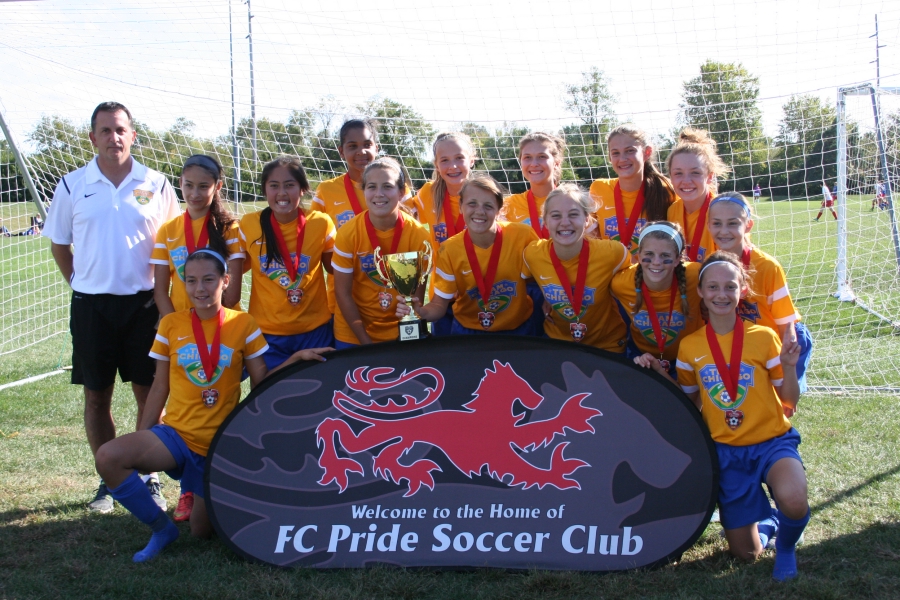 Team Chicago Academy-Santos traveled to Indianapolis, IN to participate in the FC Pride Cup. The girls ended up playing four games in the span of 24 hours, advancing out of group play to the finals where they beat Cleveland FC 2-1 to claim the championship.

On Saturday afternoon Santos started off a little slow while getting used to the field conditions, but as play continued through the group play it was evident that they were gaining momentum with excellent possession versus their opposition. Santos did not concede a goal during 210 minutes of group play with outstanding team defense led by Tamara Hernandez, Madison Hoyda, Sam Mollenhauer, Sophia Molina and goal keepers Nikki Coryell, Myah Schoolman and Alexis Guzman. Santos ended group play with two scoreless ties and a win with Darby Wade notching the game-winner. The goal started with Sophia Molina bringing the ball across midfield beating a few players before finding Darby behind the defense. Darby had a great first touch and cut in from the left side of the box and buried her shot to the right side-netting.

The final was a well-fought game with the first half ending scoreless. Santos went down 1-0 and had a great response netting two goals within the span of 5 minutes. The goals were identical and started in the midfield with great combination play between Bella Espinoza and Nikki Coryell. Nikki was played in on the right side of the box and she hit two balls over the outstretched hands of the goal keeper to secure the win.

Congratulations to the entire team for a great performance and representing Team Chicago in style.

Team Chicago will be hosting supplemental U15-17 boys’ tryouts on Sunday, October 18th from 7:00-8:30pm at Gentile Fields.

Each of the three teams is looking for a few more players to round out the rosters for the 2015-16 season, which starts with practices the first week of November. 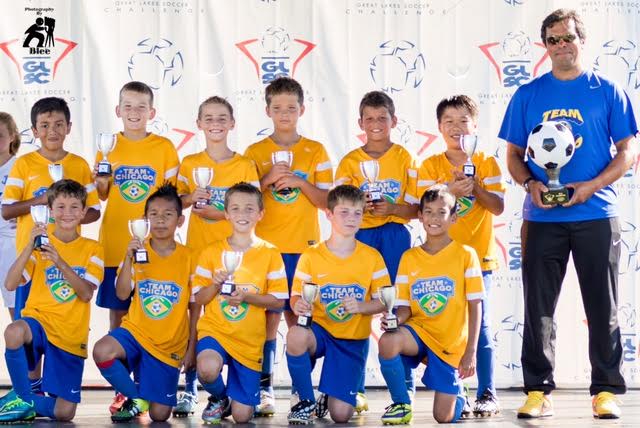 We would like to congratulate Team Chicago-Atletico for winning the top flight of the boys U11 division of the Great Lakes Soccer Challenge this past weekend. This marks the second tournament win for Atletico this fall. This tournament drew teams from throughout the Midwest and offered Atletico the opportunity to face top teams from out of state clubs.

Once again, Atletico demonstrated remarkable resiliency in overcoming deficits in 3 of its 4 matches. After fighting back from a 0-2 score to win 7-2 against Galaxy SC in the opener, they responded again in next match against the West Michigan Storm with another come from behind 3-2 victory. On Sunday, Atletico punched their ticket for the Championship Match with a 3-1 defeat of Wisconsin’s Appleton SC. In final match against the also undefeated Quad City United Cannons of Iowa, Atletico was again down early but came away with the trophy with a 3-2 win on a dramatic goal in the closing minutes.

Under Coach Magno, Atletico is emerging as a very special team that plays a skillful yet tough style. They have demonstrated great team unity and a flair for the dramatic with each player stepping up in critical moments. Team Chicago looks forward to watching this group as they continue to grow and succeed.

Here is a great read about our current U17 Boys team Palmeiras,

Bennett Curtis has survived cancer and thrives for TC and Bennett Academy. Please view this article about Bennett.