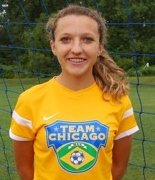 Team Chicago Academy-Cruzeiro tri-captain Kerry Abello is currently participating in another U17 National Team Camp in preparation for the 2016 U17 Women’s World Cup qualification in March. Congrats to Kerry for her continued success with the U.S. National Team program.

The U.S. U-17s are still six months away from qualifying for the next Women’s World Cup. The 2016 CONCACAF Under-17 Women’s Championship will be held on the Caribbean island of Grenada next March. The tournament will send three teams to the FIFA U-17 Women’s World Cup to be played in Jordan in September of 2016.

The eight teams will be drawn into two groups of four teams and after the group stage, the winner and second-place team from each group will cross-over for the semifinals. The winner of each semifinal match qualifies directly to the FIFA U-17 Women’s World Cup while the winner of the third-place match also advances to the World Cup. 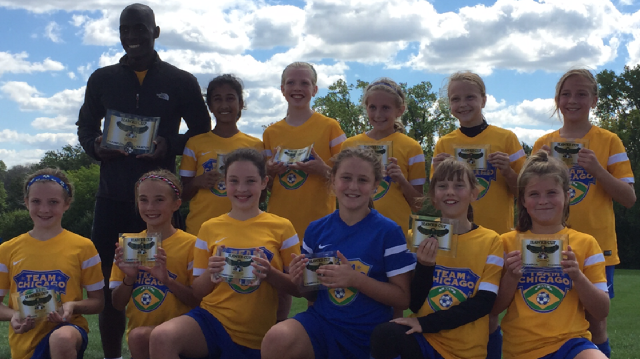 Congratulations to Team Chicago-Barca for winning the U11 Girls division in the Hawks Cup. It was a very solid team performance with 4 wins, scoring 34 goals and only conceding 2.

There were certainly highlight moments throughout the weekend, with great goals, nice passing and movement off the ball, awesome headers, tough defending and goalkeeping. The understanding of zonal-back-four defending is certainly growing, as well as creating and identifying goal scoring opportunities to shoot. Job well done by the girls!

Please join us in congratulating Barca on this accomplishment and wishing them good luck as they enter a challenging division in Fall league play. 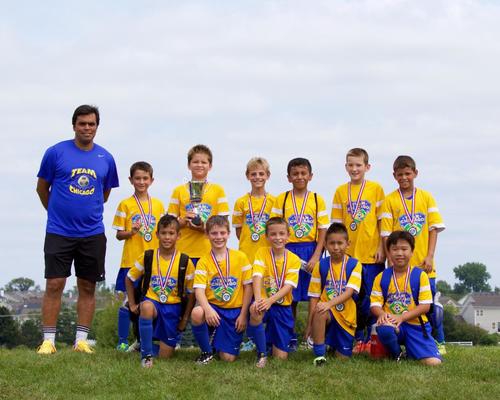 Congratulations to Team Chicago-Atletico for winning the top flight of the boys U11 division in the TCSA Classic Cup. With 4 straight wins, Atletico outscored its opponents 23 to 6 to take home the trophy in decisive fashion.

With 6 new players on the roster since the spring, Atletico demonstrated remarkable team chemistry in their first match play together while overcoming early deficits in 3 of the games including the final. The team received positive contributions from each member with stout defense, solid goaltending, strong shooting, and signature Team Chicago ball skills that led to eventual control of each game.

Please join us in congratulating Atletico on this accomplishment and wishing them good luck as they enter an extremely challenging division in fall league play.

Team Chicago Academy-Cruzeiro is hosting a car wash this Saturday (9/12) at the BP gas station on North Eola Road. Please, come out to make a donation and get your car washed by our team.

The U16 Cruzeiro girls are raising funds for the team trip to compete in the Brøndby Cup in Denmark next August.

WHERE: BP gas station, 1207 N. Eola Rd at the intersection of Eola & Indian Trail. Next to Dunkin’ Donuts.

Last month Team Chicago Academy-Palmeiras traveled to Muscatine, IA for one of the largest showcases in the Midwest. Palmeiras started off against the nationally respected Des Moines Menace and began the scoring with a full-volley bomb from Josh Kolzow in the upper-90 a few minutes in. It was a special goal to start the showcase for Palmeiras. TC went on to beat the Menace 3-1.

In game two against against Midstate United, Palmeiras earned a 3-0 win. Palmeiras enjoyed most of the possession and commanded the game. It was a great win as the game got chippy but our boys remained in control to show their skill.

Game three presented a large task on Sunday that put Palmeiras deadlocked 0-0 at the half against FC Fusion (IA). Depleted by injuries Palmeiras entered the second half with eleven to finish the game in a heat warning. The start of the second half began a barrage of goals starting right away with a 35 yard bomb from Emerson Beinhauer. Palmeiras scored another four goals in the second half for a convincing 5-0 victory and a perfect 3-0-0 record for the weekend.

Other goals were scored on the weekend by Calum Nettleton, Manuel Magana, Dominic Duffy, and Antonio Magno. In addition, the Palmeiras defense only allowed one goal in 270 minutes of play. The defense was anchored by Spencer Wiese, Jack Olmstead, Connor Lang, and Brady Moody in goal.

We wish the Palmeiras boys all the best as they enter their respective high school seasons.