Botafogo Advance to the Regional Semi-Final! 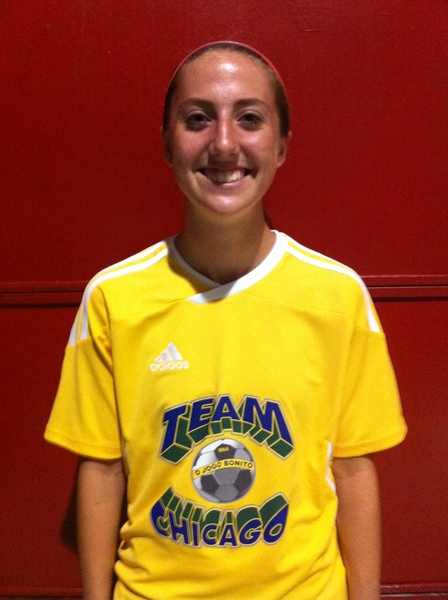 Team Chicago Academy-Botafogo advanced to the semi-final game of the USYSA Region II Regional Championships in Saginaw, MI with a perfect 3-0 record after defeating Omaha F.C. 2-0 today. Zoey Goralski got the eventual game-winner after a great solo run halfway through the 2nd half, and Zoe Swift put the game out of reach 10 minutes later off great passes from Hope D’Addario and Dana Miller. Megan Geldernick earned the shutout in goal.

Botafogo will play Michigan Futbol Club in tomorrow’s semi-final game at 10am EDT. The other semi-final is between Michigan Hawks and North Shore United. 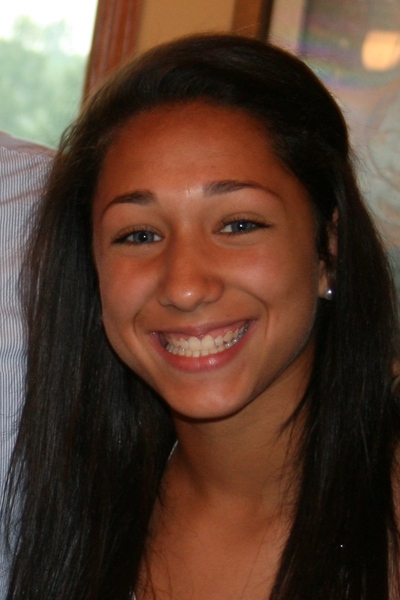 Team Chicago Academy-Botafogo got two goals from Bryce Banuelos and a PK from Meegan Johnston to beat the Ohio South State Champions – Blast FC – at the USYSA Regional Championships. Zoe Swift set up the game-winner for Banuelos with a cheeky back-heel nutmeg to beat her defender on the endline.

With the win Botafogo maintains its perfect record, and will advance to the semi-final with at least a tie against Omaha FC tomorrow at Noon EDT.

Botafogo Off to a Flying Start at Regionals!

Team Chicago Academy-Botafogo got off to a flying start at the USYSA Regionals in Saginaw, MI with an emphatic 8-1 win over Kings Soccer Academy (KSA) from Kentucky.

KSA were just crowned Spring Season MRL Premier Division Champions, so it was a battle between the two MRL Premier Division Champions, but for most of the game there was only one team on the field. Ashley Handwork opened the scoring 13 minutes in when she took a pass from Zoey Goralski and beat 3 defenders from the halfway line before she calmly tucked the ball away. Meegan Johnston then made it 2-0 from Zoey Goralski and Ashley Handwork’s assists before Gianna Dal Pozzo beat 2 players and slammed the ball into the back of the net.

Up 3-0 just before halftime it was time for the Zoe Swift show to begin. Zoe got 4 of the final 5 Botafogo goals, and her first one came from a great throw by GK Megan Geldernick to Ashley Handwork who then found Swift. She got her second from a Hope D’Addario corner 15 minutes into the second half to make it 5-1, and then she made it 6-1 from a great toe-poke through-ball from Gianna Dal Pozzo. Molly Piech scored from a perfect Bryce Banuelos trough-ball before Swift finished the scoring from Jorie Clawson’s assist.

With the win Botafogo is in first place in the group as Omaha FC and Blast tied 0-0 in the other game. Botafogo will face Blast at Noon tomorrow. 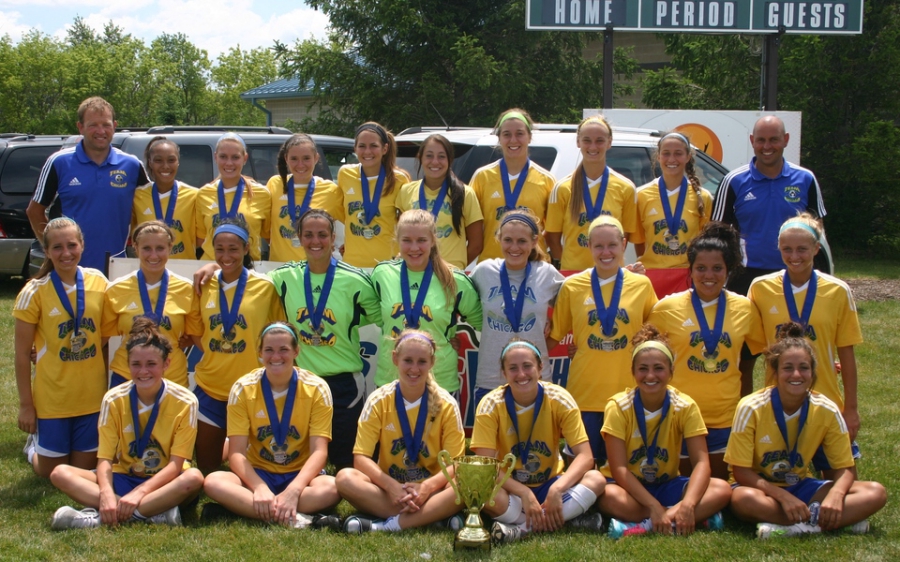 Team Chicago Academy-Botafogo beat FC United 4-3 to claim the IYSA U17 State Cup championship. Bryce Banuelos got the first goal inside the opening 3 minutes, and Ashley Handwork bagged a brace in 15 minutes to put Botafogo up 3-0. FC United pulled one back before Meegan Johnston hit a screamer from 30 yards out into the upper 90 for the eventual game-winner just before halftime. Zoe Swift had 2 assists and Rachele Armand and Zoey Goralski also assisted.

With the win Botafogo secured a berth in the Regional Championships for a second time as it had already secure a spot by winning the Fall MRL Premier Division. Regionals will be held in Saginaw, MI June 22nd-27th and Botafogo has been grouped with the Omaha FC (Nebraska), Blast (Ohio South), and KSA (Kentucky).

Team Chicago Academy-Botafogo defeated NSA 4-1 to advance to the IYSA U17 State Cup Final against FC United who defeated FCX North in PKs. The final is played at 10am tomorrow Sunday 6/17 at Sportscore II in Rockford, IL.

Botafogo got on the scoreboard early when Gianna Dal Pozzo played a perfect through-ball to Zoe Swift who calmly tucked it away. Meegan Johnston made it 2-0 around the 30-minute mark, and Zoe Swift made it 3-0 just before the half from Molly Piech and Jillian Van Kampen. Ashley Handwork sealed the win with her header off a Hope D’Addario corner kick to make it 4-0 early into the 2nd half. NSA managed to pull one back with two minutes to go in the game.

Team Chicago Academy-Santos unfortunately lost its semi-final 3-1 in the U16 bracket. Kristen Brots got the goal for Santos.